disciple, activate and release believers to fulfill God’s purpose and become powerful leaders in their sphere of influence.

We are committed to discipling believers by equipping, activating and releasing them to fulfill their God given purpose.

TRAIN and EQUIP
believers to live from the truth of God’s love and the power of His Kingdom.

RECOGNIZE and ACTIVATE
believers in their Christ given identity, in their spiritual gifts and five fold calling.

AUTHORIZE and RELEASE
those that have committed to expanding God’s Kingdom in the society.

John 10:10
I have come
to give you everything
in abundance,
more than you expect
—life in its fullness
until you overflow! TPT

Gate to Freedom counseling and coaching brings wholeness, restoration, and empowerment to individuals and families, making a long lasting impact on future generations. The goal is to bring every person to a place of restoration and peace with himself, others, and God, and find true understanding of their unique creation, calling and purpose.

The Higher Dimension Academy is an international school for applied ministry in Eastern Europe. In this 2-year program our students are equipped by global transformational leaders to discover their identity and function in their ministry gifts and five fold calling, so they can bring lasting transformation to their sphere of influence. 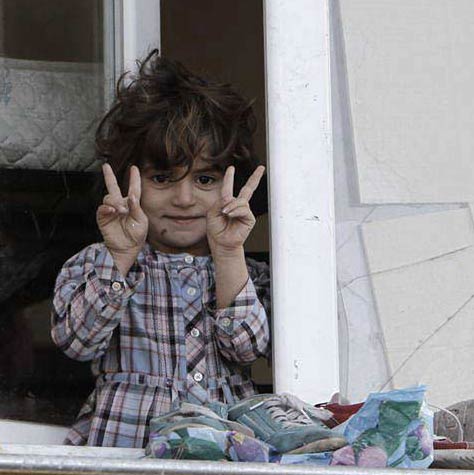 The refugee crisis in the Middle East is not over and many families are still displaced in camps throughout Eastern Europe. To help meet the need in Bulgaria and Serbia, mInistry teams provide humanitarian help by distributing hot meals, basic necessities, and sharing the good news of the gospel.

For your gift of $50 or more towards the refugee relief receive a free copy of the book Ali the Immortal.

Ali is a former Muslim from Iran. As a young man, he was an army ambulance driver during the Holy War between Iraq and Iran. The horrors of war left him hopeless. For years, Ali was deeply involved in the criminal underworld, operating from the Middle East to England. Eventually, he was caught, convicted, and imprisoned. That’s when his life changed through an encounter with Jesus!

Currently, Bridge of Intersection is reaching to refugees by partnering with Ali and local ministry teams. Your donation goes to support the work among the refugees.

TOGETHER WE WILL REACH THE NATIONS!