Where does Bulgaria stand in the situation with the global refugee crisis?

Bulgaria became a member of the European Union in 2007. Geographically, the country shares a border with Turkey and serves as the land connection between the Middle East and the European Union. Therefore, Bulgaria is the first point of entry by road for refugees escaping into Europe.

The majorities of refugees arriving in Bulgaria are Syrian, but there are many from Iran, Afghanistan, Pakistan, and Iraq who are trying to escape the terror from the Islamic State (ISIL).  The wave of refugees is not limited to just those coming from the Middle East; there are many nationalities from Africa, Sri Lanka and India making their way into Europe too.  Most of the asylum seekers are directed to refugee camps in the country by the border police.  The vast majority of arrivals plan to continue their journeys to Western Europe as soon as they obtain legal documents. Some of them stay at refugee camps for a few days, some for a few months. 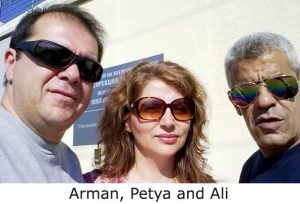 Currently he is tirelessly sharing the good news of Salvation, carrying Bibles, and organizing meal delivery to the refugees in the camps in Bulgaria, but that was not the case just a few years ago.

Ali Dini was a convicted felon, and was imprisoned in the jail in Bulgaria where God met him and, for the first time, he experienced hope for a new life. He is a former Muslim originally from Iran. As a young man, Ali was deployed in the war between Iran and Iraq as an ambulance driver.  The horror of the war left him heartless and hopeless.  In the years after, as an adult he got involved in the criminal underground world trafficking people, forging documents, and smuggling drugs from the Middle East across Europe to England. During his last stay at a prison in Bulgaria, he was touched by the ministry of Pr. Ivodor Kovachev, and in a few short years his life has been completely transformed by the Gospel of Christ. The old Ali is dead! Ali speaks Arabic, Farsi, Turkish, Azeri, English and Bulgarian which has given him an advantage when communicating with the immigrants of the Middle East in their native languages.  He is definitely called to evangelize and bring light and freedom to those that are bound in deception and demonic oppression.

The purpose of our ministry

Along with local ministry partners and volunteers (Mission church with Pr. Ivodor Kovachev) he visits refugee camps daily.  Some of the camps are around Sofia, the capital of Bulgaria, but some are located 500 km to the south.  Ali and the team travel using public transportation the majority of the time, making it hard to carry  bags loaded with Bibles and transport meals. The camps in Bulgaria that have been reached with the Gospel by our teams are Lubimec, Bushmanci, Voenna, Rampa, Harmanli, Montevedio, and Pastrogor.

One story of one displaced family 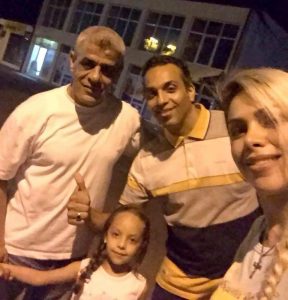 Ali recently met this precious family at one of the refugee camps and learned more about their story. Reza along with his wife and daughter made it safely to Bulgaria after their little girl insisted that Jesus Christ is the Savior and the only way to God to her Muslim teachers at a public school in Iran. After her parents were summoned by local authorities and interrogated for their daughter’s behavior, the family went home, packed up what they had, and left immediately in fear of persecution. Their hope is to make it safely to Western Europe where they can rebuild their life away from the fear and turmoil of persecution.

Sharing the Good news of the Gospel with the refugees and providing hot meals.

Through the support raised by Bridge of Intersection, we have been able to start providing hot meals at the refugee camps while sharing the love of Christ.  Every week we witness between 50 to 100  being touched with the love of God and  making a decision to give their life to Jesus! The meals are cooked at a church facility by volunteers and transported to the refugee camps. 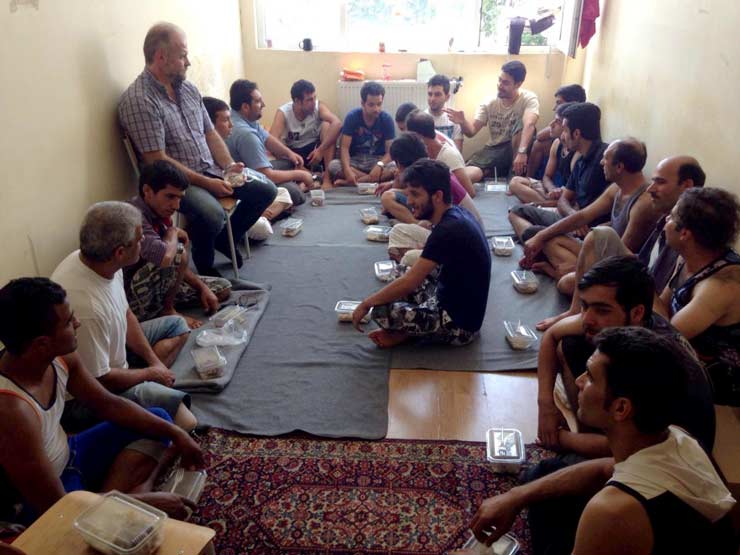 We have also started providing meals after the refugee service at a church in downtown Sofia. Refugees wanting to worship Christ face hostility and terror  in camps by fellow Muslims, so this church has made it possible for them to hold and attend services weekly. Services are led by Ali and pastors from various churches. Enjoying a meal and fellowship after service. 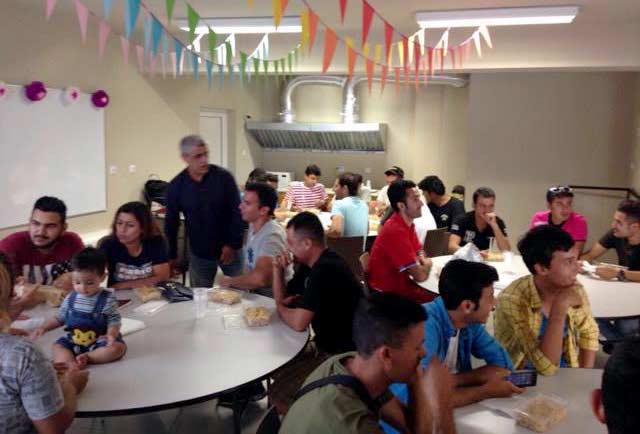 We have been able to provide refugees with copies of the New Testament in their native languages (Farsi and Arabic) for free. 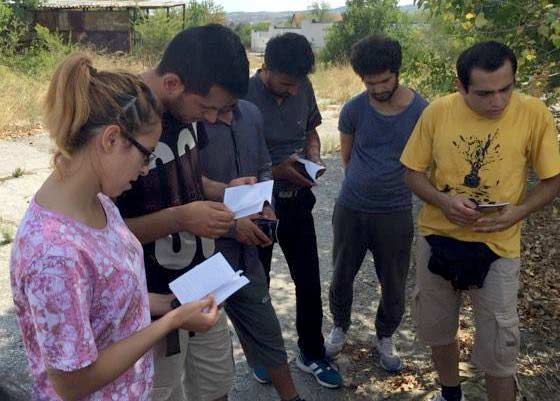 A fellowship of new converts seeks God in prayer The needs -- get involved!

To support the work of the ministry to the refugees we need $2000 monthly. Make your donation today and contribute for:

Your dollar can make a difference today and transform a life!

The current needs of our team are:

We had the rare opportunity and privilege to visit one of the refugee camps in Bulgaria, Busmantci and minister hope and love to some of our Christian brothers from many different countries like Lagos, Bali, Congo, Pakistan, Iran, Irag, Sirya, and etc.
In the beginning, our visit to the camp was denied. After many calls back and forth, we were granted last minute access. During our drive to the camp, we had the opportunity to hear details of the story of our leader Ali Dini. He was a radical Muslim from Iran that found Jesus in the prison in Bulgaria, now radically sold out for Christ.
As we approached the tall, prison-like walls with barbed wire, we could sense despair and hopelessness in the atmosphere. At the big metal prison-like gate we had to go through a security check and ID verification and leave any audio or video recording devices. Once inside, we realized that there is another tall fence with barbed wire inside surrounding the building where the refugees live. This is not a safe place due to the ongoing conflicts that result in fights between the different fractions of Muslims coming from places like Afghanistan, Saudi Arabia, Pakistan, etc and Muslims and Christians, as well. Keep in mind that many families with children live there. Those people are discouraged from the unknown because it may take few months to years until their case is reviewed and they can move forward with their lives.
We were ushered into a big meeting room in the administrative building (outside of the second fence) and people were invited via personal invitation. It was heart breaking to listen to the stories of those precious brothers in Christ, and the price they and their families had to pay in order to pursue a safer and better life. Many of them had endured horrible situations and lost close family members.
We were able to share a short message of hope and divine destiny for the time the guards allowed us. We ministered personally to each one of them. It was glorious! We spoke prophetically over them, Jesus highlighting their identity in Christ. Their countenance changed and they were full of hope, joy, and peace once again! We left the camp overwhelmed with emotions, and amazed at how God can use any situation!

← Advancing the Kingdom Among MuslimsHot Meals →