Will Bulgaria Become a Bridge for Islam to Europe or for Christianity to the Middle East?

Reaching to the Muslims and preaching the Message of Salvation is in God’s will.  Many of us will never be able to go to areas like these, but we can have our share in God’s business by partnering and contributing to His mission field by giving and praying! 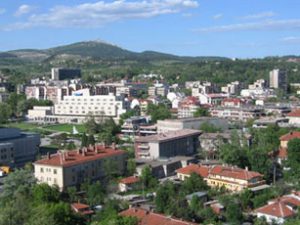 The town of Kurdjali is located in South-Central Bulgaria, in the very heart of the Eastern Rhodope Mountain, 30 miles from the Turkish boarder. The town’s population is 40,000 and the District of Kurdjali is 165,000 people. It is a poor agricultural region highly influenced by Islam. The Muslims make up 60% of the population and hold the main business in the city. The rest are orthodox Christians or atheists. The villages around Kurdjali are inhibited by Muslims who speak Turkish only (no Bulgarian). Since the fall of Communism in 1989, 200 mosques, funded by Turkey, have been built in the South region of Bulgaria.

PASTOR EMIL AND TANYA DELKOVI FOUNDED THE PENTECOSTAL CHURCH LIGHT IN KURDJALI IN 1990.

Pr. Emil’s vision is based on Luke 24:46, 47 – evangelization and discipleship. Their small congregation of 100 people is very dedicated to see God’s kingdom expanded in the region. With the economy’s down turn, many young people left their church and headed to bigger cities or Western Europe to seek a better life. In these unfavorable conditions, Emil and Tanya are still committed to developing a ministry and activities that build and strengthen their congregation and reach out to the community. The pastors along with volunteers reach to the community, teach children and youth, conduct prayer meetings on a daily bases, hold a women’s and family fellowship, founded a bible school, and started weekly home groups.

THE CHURCH IN KURDJALI STARTED BUILDING A SANCTUARY IN 2002 THAT HAS NOT BEEN FINISHED TILL 2012. 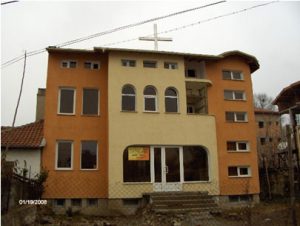 The generous offerings and tithes form the congregation are not sufficient to support the project. In order to pass the inspections and be allowed to use the building, some work has to be done outside in the yard and inside of the building.

To finish the building and the yard completely, the church needed about $25,000. 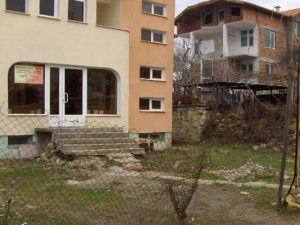 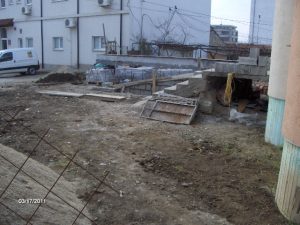 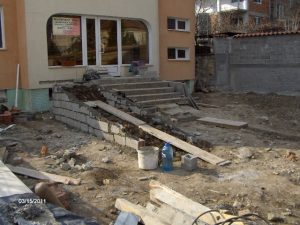 Through the funds raised by Bridge of Intersection all the construction of the church building and the yard was finished in 2 years! We are so grateful for your generous support! THANK YOU FOR ALL OF YOUR SUPPORT!

The ongoing needs of the church:

Make one time financial donation or commit on a monthly base to help Pr. Emil and Tanya to continue to reach out to the local community and bring transformation to an area highly influence by Islam.

← Help for The FatherlessMinistering to the Refugees in Bulgaria →